This seminar offers an introduction to the study of Arabic Numismatics. The lectures will provide an overview of the relevant aspects of Arabic coins. Arabic coins contain a mine of information: besides the basic chrono-topic details – the city and the date of their production – they also carry religious and political information, since they can contain up to 150 words. 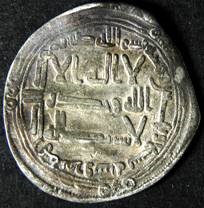 This makes coins an unexpected but extremely abundant and essential source for archaeologists and historians and a valuable source for other disciplines such as palaeography, economic history and art history. In short, working with Arabic coins enlarges the horizons of every researcher interested in the medieval Islamic world. Besides discussing how coins can be used as historical sources, the lectures cover the basic steps in reading the Arabic texts on the coins. During hands-on sessions, participants will examine Arabic coins and complete a series of practical exercises on coins identification and description. 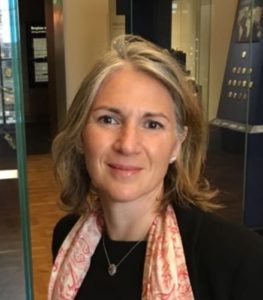 Arianna D’Ottone Rambach is an expert on medieval Arabic manuscripts at the French Centre National de Recherche Scientifique (since 2013) and professor extraordinarius for Arabic language and literature at La Sapienza University Rome (since 2014.) Her interest in Arabic coins started in 2003 when the Capitoline museums reopened. There, she catalogued Arabic coins from the Ludovico Stanzani collection from 2006 to 2008. She deepened her knowledge of Islamic numismatics in Tübingen with Lutz Ilisch at the research center of Islamic numismatics.

Since 2009 she is working on an unpublished correspondence of orientalist Simone Assemani, who was also interested in numismatics, and other earlier numismatists. One of her main research topics is the coin production of Yemen.

Master and PhD students of Arabic are invited to register.