This section is dedicated to the preliminary results and major outcomes of the EmCo project. Our collaborative work revolves around six broad, interconnected research themes. For each theme, we have been preparing workshops, conferences, meetings, and a number of peer-reviewed publications. Here’s a selection of our activities and publications. For other articles authored by our team members, see our publications page. For one of the general outcomes of this project, see our material sources website.

Theme 1: The language of social dependency

How is the language of documentary texts from the early Islamic period used to establish and to reinforce social ties and networks of dependency?

The focus of our first research theme centers on the analysis of linguistic expressions and discourses of dependency, taking these as articulations of underlying social expectations as well as ideologies. Incorporating the vocabulary of letters, conversations, speeches, and other communications cited in the literary sources, we attempt to establish connections between cited and extant documents, thereby refining a strategy for how to use literary sources more effectively, and at the same time reflecting critically on the use of material culture and document collections. The theme runs through the whole project, guiding our approach to documentary and literary letters. As we go on with our respective research, we are building a collective multilingual database of words, phrases and expressions of social dependency.

The EmCo team has organized several meetings and two major conferences, putting the focus on the material and linguistic features of the documents, and engaging seriously with methodological questions:

“Textual Sources and Geographies of Slavery in the Early-Islamic Empire, ca. 600-1000 CE,” organized by Reza Huseini and Jelle Bruning, in collaboration with LUCIS. The first part of this conference took place online on 3-4 december 2020. The follow up will be held on 18-19 november 2021.

“Shii Hadith,” organized by Ed Hayes in collaboration with LUCIS, to be held in 2022.

“A Matter of Speech,” final conference of the project

How were local elites co-opted by the new rulers, and what role did Islamicisation and Arabicisation play in the process? How is the language of dependency expressed when we look at exchanges between the ruling elite and regional elites? Our second research theme starts from the assumption that local elites form a crucial link in understanding how local solidarities were formed and how these related
to central politics. We put the emphasis on problem solving in order to study local political actors and elites in their active role as brokers of power and culture, trying to better understand and redefine their role as mediators, as stakeholders, or as carriers of contention and conflicting claims.

This thread of our research is explored in two doctoral dissertations and two important workshops.

“Acts of Protection in the early Islamic Empire,” organized by Eline Scheerlinck: 24 and 25 January 2019.

“Contesting Empires: Sogdiana, Bactria and Gandhara between the Sasanian empire, the Tang dynasty and the Muslim Caliphate (ca. 600-1000 CE),” organized by Reza Huseini in collaboration with Gabrielle van den Berg and Shuqi Jia: 17-18 September, 2020 (online due to Covid-19)

To understand how Islamic rule concretely took shape at the local level, we examine how mechanics of power operated and what strategies and mechanisms underwrote the social cohesion bringing different groups together into the fold of the Islamic empire. In examining how bonds of loyalty and dependency were created, maintained and mobilized from the top down and bottom up, and how these served individual and group goals, we paint a complex picture of negotiated values and expectations. We aim at uncovering some of the structures that will sustain the Islamic empire for centuries to come. We do so by discussing how subjects interacted with such structures, adjusting them and using them to their own benefit.

Mechanics of inclusion serves as an overarching research thread, weaving together the other themes in a complex, colorful fabric. Its main outcomes are three important international conferences, towards the mid-way and towards the end of our project, followed by publications.

“Ties that Bind: Mechanisms and Structures of Social Dependency in the Early Islamic Empire,” organized by Ed Hayes and the EmCo team: 3-6 December, 2019.

“Acts of Excommunications in the Late Antique and the Early Islamic Middle East,” organized by Ed Hayes: 12-13 March, 2020.

“Ties of Kinship and the Early Islamic Empire,” organized by Cecilia Palombo and the EmCo team: 6-8 December 2021.

“Embedding Conquest: Conclusive conference,” to be held in 2022 (information to follow). 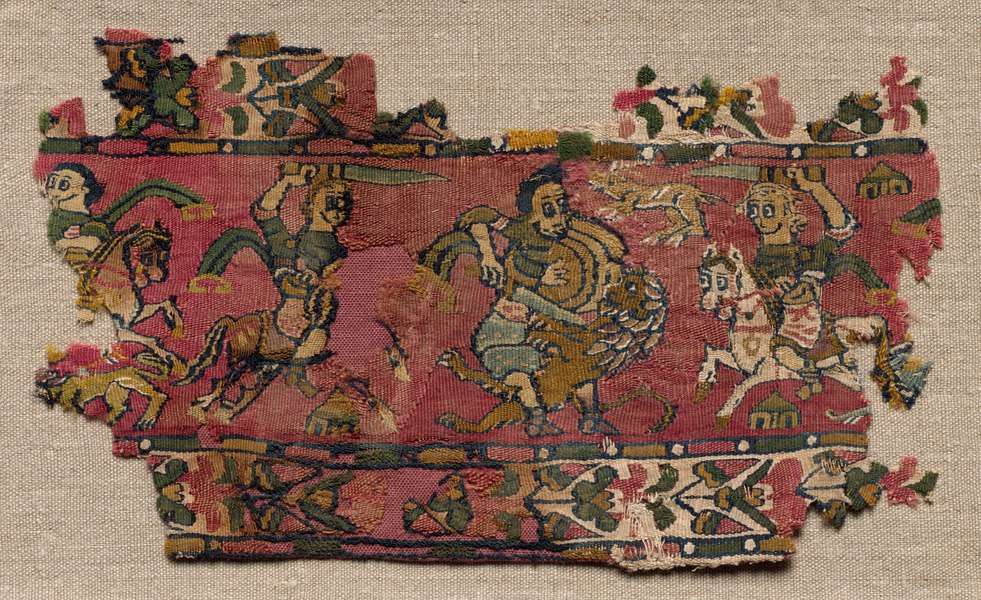 Theme 4: Tying in the provinces

The fourth research theme looks at the complex interaction between the caliphal court and the administrative provinces. Combining provincial and local approaches to the history of the early Islamic empire and the study of documentary sources, we ask how provincial subjects as well as provincial elites were tied to the caliphate. This theme centers on the mechanics by which the provinces were incorporated into the caliphate, through an analysis of both language use and strategic problem solving. We thus investigate how the allegiance of localized powers to the political centre could be sustained over time.

Our exploration of this theme gave forth to several workshops and publications, as well as a doctoral dissertation.

“Rebellions and Revolts in the Early Caliphate,” organized by Alon Dar: 7-9 November, 2019.

“Negotiation in Conquest: Wars, Treaties, and Recollections of the Rise of the Caliphate“, organized by Petra Sijpesteijn, Jelle Bruning and Alon Dar, in collaboration with LUCIS: 12-14 September, 2019.

“‘…So that the descendants of the descendants [of the Muslims] may profit by it’: ʿUmar ibn al-Khaṭṭāb, the Muslim Army and the Decision not to Divide the Lands of Alexandria.” By Alon Dar. In Living the End of Antiquity: Individual Histories from Byzantine to Islamic Egypt. Edited by Sabine R. Huebner et al. Millenium Studies (2020).

We look at structures of social dependency also outside of the administration, at the fringes of government circles. For our fifth research theme, we investigate how non-government actors such as religious leaders, merchants, scholars and businesspeople formed communities
whose common interests and values extended throughout the empire, cutting through religious, ethnic and kinship identities. We research how and to what extent these sodalities contributed to lasting imperial structures, again combining documentary letters and literary sources. Taking into account historical developments in this period, we examine shifting political constellations and factionalism at the centre of the caliphate and in the provinces. We ask how these impacted the caliphate’s variegated social fabric.

This theme has been explored in multiple ways in the research of EmCo’s two postdoc fellows, also giving the opportunity for interdisciplinary conversation in two international conferences.

“Correspondence, Cross-pollination, and Control: Transregional Connections and Movements in the Early Islamic Empire,” organized by Ed Hayes and Petra Sijpesteijn: 17-18 May, 2018.

“Networks and Ties of Exchange: Trade and Merchants Across the Pre-Modern Middle East (600-1600 CE),” organized by Cecilia Palombo and Petra Sijpesteijn: 3-4 June, 2021. 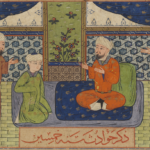 Finally, looking at various systems for redressing perceived injustice, we examine what informal and formal channels existed to solve complaints and to offer help to individuals. Patronage, kinship, and religion presented powerful instruments of social cohesion in the early Islamic empire: how did they do so, and through what language? We address this issue by looking at petitions and letters of informal requests. Offering a (potential) method of redress for perceived injustices, the system of petitioning was a powerful tool to ensure participation of the subjects in the new régime that transcended all social layers. We look for and examine the language of letters of request, both as documents and as cited letters, as well as episodes in the literary sources attesting to strategies for “redressing wrongs.” The major outcome of this research theme consists in two books by the project leader, Petra Sijpesteijn:

(1) A monograph examining what practical and moral values and considerations underlay social interactions and relations in the early Islamic empire based on letters in Coptic, Greek, Arabic, Pahlavi, Bactrian, as well as those reported in historiographical sources. The EmCo team is contributing collaboratively to the database and collection of sources for this project.

(2) An edition, translation and commentary of about 45 unpublished Arabic papyri from Egypt containing formal and informal requests for help, currently preserved in the Austrian National Library, accompanied with a short study on the language and arguments presented in them.

“How to Ask: Strategies of Entreating in Medieval Eurasia,” organized by Petra Sijpesteijn at LMU University of Munich, 22-24 July.

“Expectations of Justice and Political Power in the Islamicate World,” organized by Petra Sijpesteijn and the EmCo team, 27-29 October 2021.

“With Kind regards,” Lecture series on conventions and breaking the rules on letter writing.

Monograph: “Righting wrongs: Justice and redress in the early Islamic empire,” by Petra Sijpesteijn (in preparation).